DIY Brick Fire Pit For Only $80

March 30, 2017
My mother asked me to build her a brick fire pit that she had found on Pinterest. I love DIY so I said yes and immediately started researching ideas.  After reading several Pinterest posts and watching a ton of YouTube videos, I decided I was ready despite having no previous experience! I decided to write this post because I didn't see any fire pits like the one I built while I was scouring the internet for ideas. 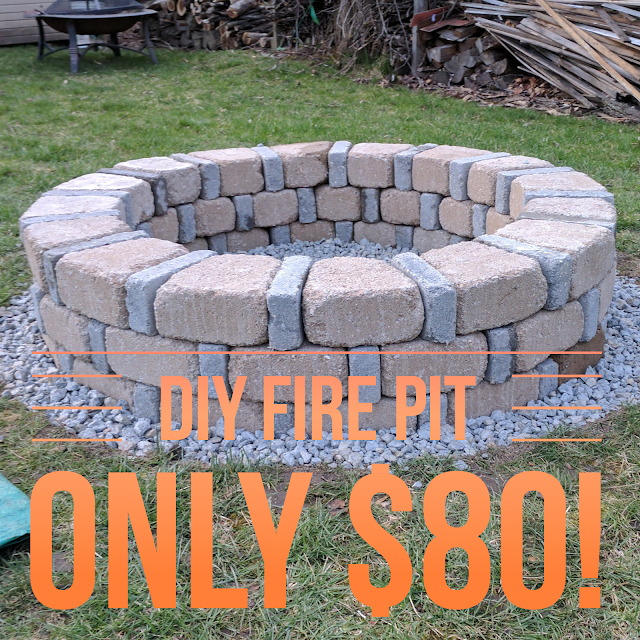 Disclaimer: I am neither a writer nor a professional fire pit builder. I just wanted to share my experience so take it for what it is and be nice.

With some broad ideas in my head, I went to Menards because my research showed that their bricks were much less expensive than the bricks at Home Depot or Lowe's. I was walking through Menards' outdoors department... looking for inspiration... when I noticed their displays. I fell in love with one of their displays and decided to try to recreate the look: 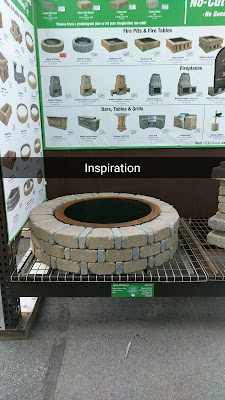 I love the two tone design! I simply counted how many bricks were in the top row and multiplied by 3... duh... to determine how many bricks to buy. I also decided to get two bags of leveling sand and three bags of gravel for underneath and around the perimeter of the fire pit. Everything was under $80 before tax because the bricks were on sale! 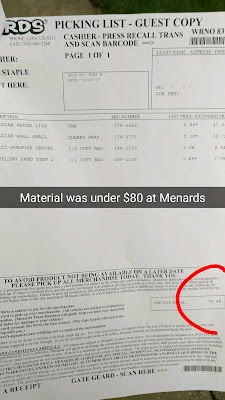 The employees at Menards were very helpful and never made me feel like I didn't know what I was doing... even though I didn't! They gave me scrap cardboard to lay the bricks on in my vehicle. They also loaded my car up with the several hundred pounds of bricks! 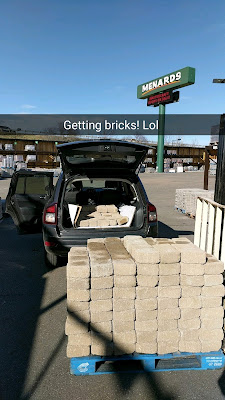 Driving home I definitely wondered... What did I get myself into! Oh well, no turning back now. 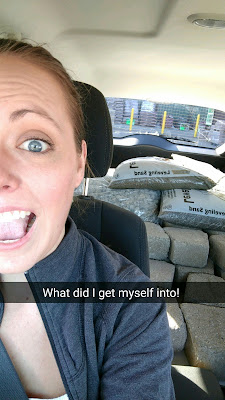 After unloading the bricks... talk about a workout... I laid out where I wanted the first row to be. 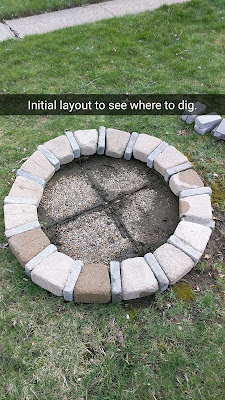 I cut around the perimeter with a spade. I cut it a little wider because I wanted to have a small border of gravel around the fire pit. I just eyeballed about 6 inches. Obviously, you can make it wider or cut right next to the bricks depending on what you want. Some tutorials marked the perimeter with spray paint but I felt this was easier. 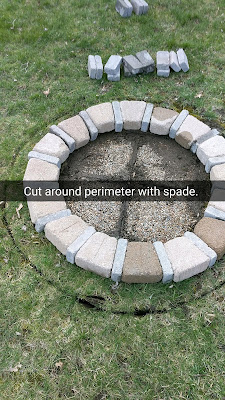 I dug out the area that I marked just a couple of inches deep. Again, you can dig deeper if you prefer. Luckily, the ground was already pretty level. In hindsight, I probably should have checked that first. 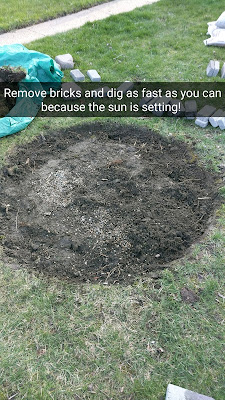 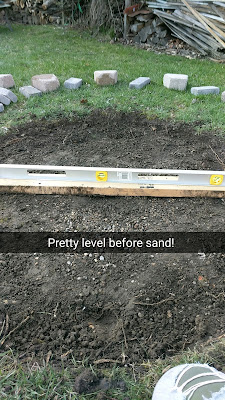 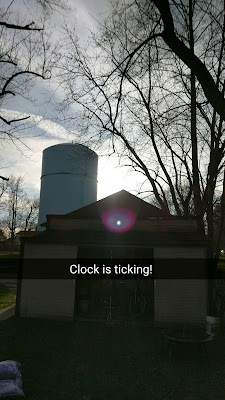 Next, I poured the leveling sand in. The sand was only about half an inch deep with the two bags that I purchased. I just wanted a base for the bricks to rest in but you could go deeper if you'd like. 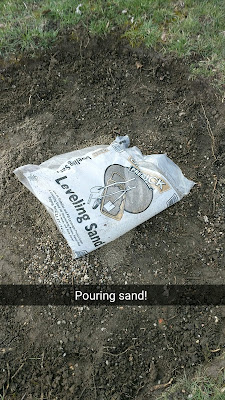 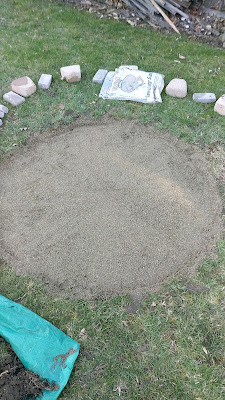 I leveled and packed the sand down with a 2x4 that was about the same length as the diameter. I swirled it around the circle and then checked different positions with a level on top. It wasn't perfect but it was good enough! 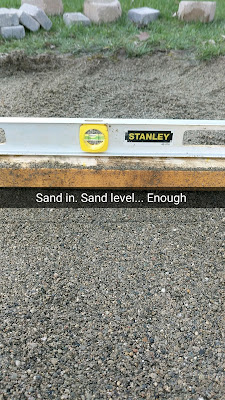 Then the fun part! I laid the first row and walked on top of them to press them into the sand. I checked several spots with the level and pushed bricks down and added more sand under others until I felt it was level enough. 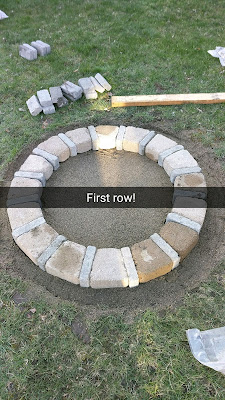 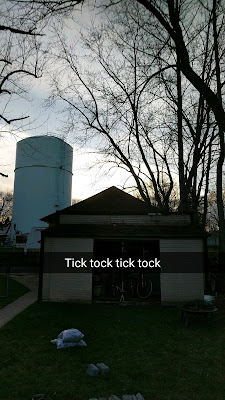 I decided to add the interior gravel before adding the other rows because the bag was really heavy! I stepped and jumped on the gravel to set it into the sand. There's a tool for this but I didn't have one. Plus, it's much more fun to jump around! 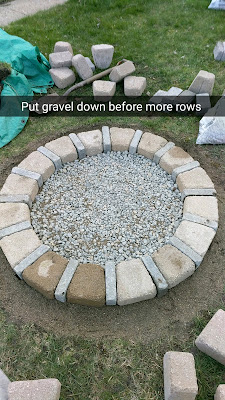 I added the next row of bricks by centering the wedge bricks over the rectangle bricks. For the third row, I duplicated the position of the first row. I poured another bag of gravel around the perimeter and then I was done! I didn't end up using the third bag of gravel. 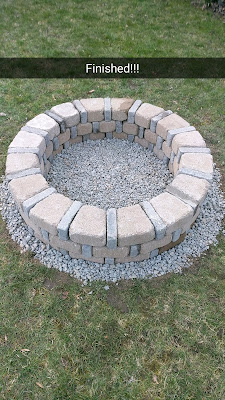 Of course, I had to immediately build the inaugural fire and boy was it beautiful. I really enjoyed building this little fire pit and hope that I inspired you to build one too! In the future, I would like to buy a fire ring to put in the middle like the Menards display had and add a circular brick patio around the fire pit.